Sifnos lies in the western Cyclades complex and boarders Serifos, Kimolos, Milos and Paros, about 130 km or 80 ml from Piraeus port. It is a medium-sized island with an area of 73 942 km2, 15 km long and 7.5 km wide. The highest peak is Prophet Elias at 682 m.

The first inhabitants of the island were possibly Kares and Cretans. Ancient Sifnos had become well known for her gold and silver mines, of which Sifnos inhabitants had become very rich.

Sifnos is a combination of tradition, uniqueness but also famous for its architecture and picturesque Cycladic villages. The whitewashed houses, cobbled streets, it’s windmills, the old churches and monasteries, the pottery workshops and traditional taverns, the medieval village of “Kastro”, the ancient towers, the dovecotes and stone walls.

Many Sifnos paths can be found which enables hikers to reach secluded beaches.

Aristocratic mood is prevalent in Sifnos which is a result of it’s great cultural and spiritual poets, writers and intellectuals.

Island’s soil consists of granite and minerals such as iron, copper, lead, manganese, magnesium. Important economic role in their life is pottery, due to the geology of the island for the rich clay soil found everywhere as raw material.

Sifnos is famous for her cooking traditions, as it is the birthplace of Nikolaou Tselemendes who was the famous Greek chef of the 20th century. With top recipes being “Mastelo” and the “Chick Pea soup”. Other traditional local dishes are: caper- salad, chick pea balls, honey pies, almond cookies, pasteli (sesame sweet), xinomyzithra cheese macaroons, marshmallows, nougat.

Sifnos impresses with the number of churches found as it has about 365 churches, chapels and monasteries. The number 365 is not accidental. It is said that a church was built for each day of the year!!! They have interesting traditional festivals where almost all churches celebrate the eve of the saint,by organizing festivals. 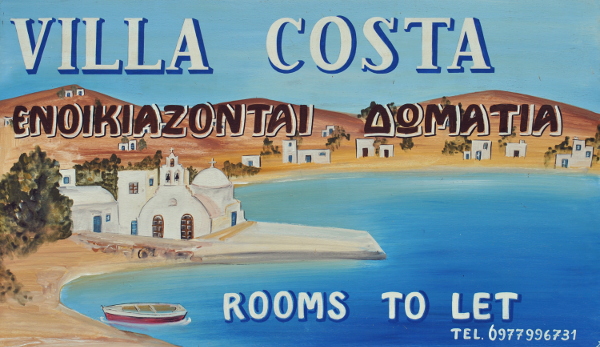